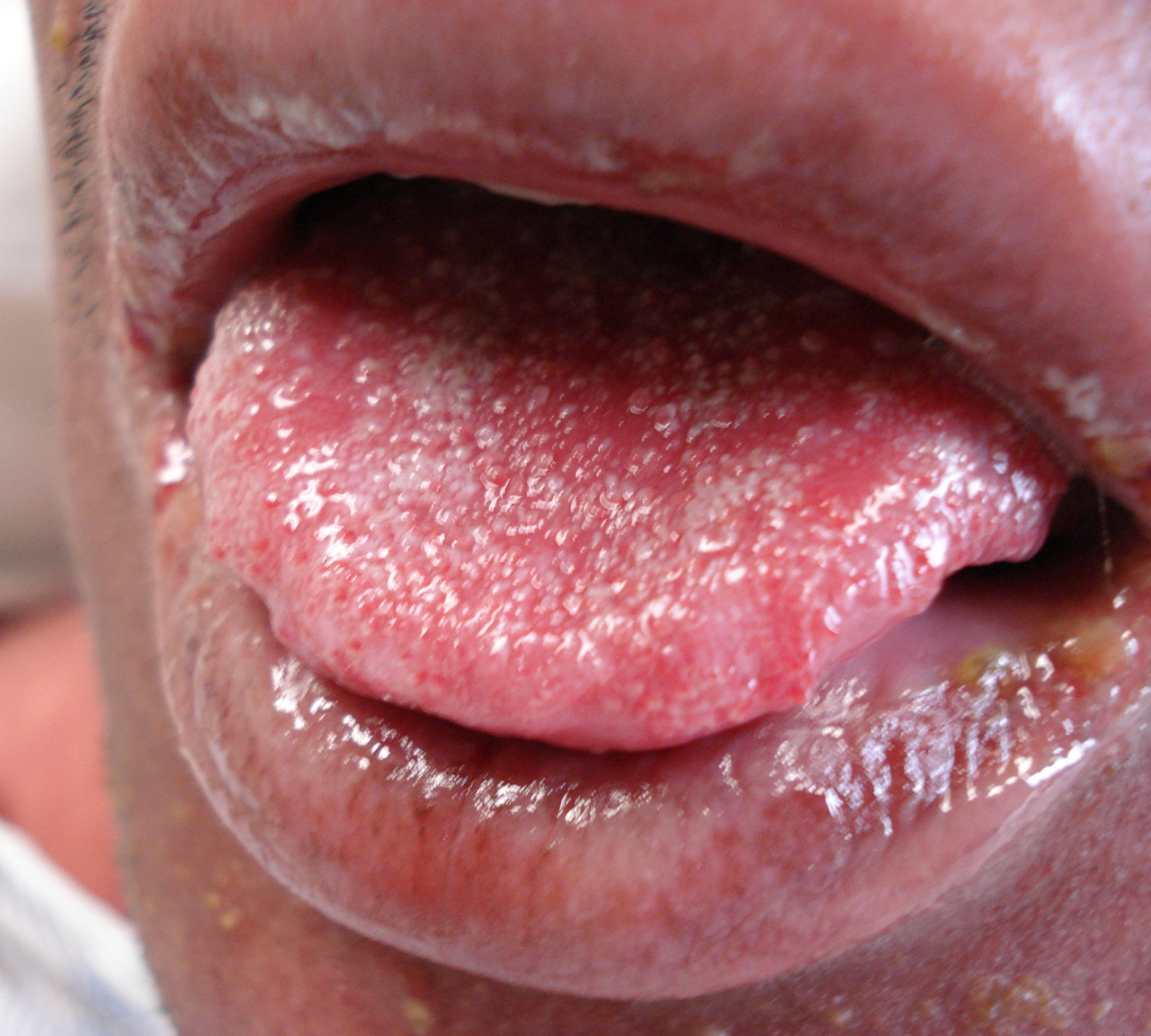 Oral Psoriasis is something that can show up in your mouth, and this is a little bit unexpected. It isn’t a serious medical concern, but it does make you uncomfortable, and the truth is, it’s very hard for people to get the diagnosis that they need for this, simply because most doctors have never seen this before, and some doctors don’t even think it exists.

The problem with psoriasis in general, is that if you have it, the symptoms are mild, and they go away super quickly, and the truth is, most doctors can’t even agree on what the symptoms are. But, if you have patchy skin that’s red with yellow or white edges, sores, some peeling of the skin or gums, blisters, pain or burning when you eat certain foods, or even changes in how things taste, you might have this.

It also may be a symptom of fissured tongue, which is grooves or trenches on the tongue. You might have geographic tongue as well, which means that there are red patches that look like islands. The final symptom is swollen or infected gums. Those who have it tend to have it on this r skin too, and you might see it in scaly, thick patches. The symptoms in the mouth will probably get better or rose along with the skin, so if there are some symptoms that flare up, you’ll probably see it in the skin too.

So how do you know if you have it? Usually, there might be questions that are asked based on the medical history, and you might need small skin samples, or even genetic tests too to figure out if you have it.  Your doctor may also rule out other issues, such as candida, leukoplakia, lichen panus, or even Reiter’s syndrome. There is also the factors of potentially having this issue because of smoking, improper dentures, or other issues. But, if all of that is ruled out, and you’ve still got stuff going on, chances are it might be this then, which is something that some people learn about the hard way when they’re trying to get a proper diagnosis for their condition too.

In terms of treatment options, usually most people don’t’ need a specific treatment, because usually they’re not bothered by this. However, there is the problem of the mouth hurting occasionally, which in that case, usually a warm saltwater rinse may do the trick. You also may not eat spikey foods when you have these symptoms. Finally, if you smoke, stop doing that.  this is something that you should consider, and if you feel like the home remedies aren’t enough, you should consult your doctor for some help. Other symptoms include mouth rinses that’ll lower your mouth acidity, which in turn will help with the pain, medicines that can be put on the areas, including steroids, or pills and capsules for the real severe symptoms.

The best way to get the proper medical diagnosis is of course, to talk to your doctor.  You should definitely consider dermatologists as well if you notice that you have this, since this will help you rule out if you have both skin, and oral psoriasis. Chances are, you do.

It is not a bad condition, but it’s a very unusual condition, and you might not know what to do. luckily, it isn’t too crazy, and it’s a good thing to have looked at if you’re really worried.